On Monday morning I received an invitation to join a couple of my friends for lunch at the Yuyuan Gardens. I hadn’t been there in ages, and I was hungry, so that settled it. Also, it didn’t hurt that the invitation came on Monday, and it seemed unlikely – to me, at least – that the complex would be crowded with the tourists and locals who throng it on the weekends.

And it was less crowded, though not significantly so. But what surprised me, what I didn’t expect, was the very large population of grandparents wandering the complex with their very young grandchildren. For reasons too lengthy to enumerate here, I’m big on grandparents. So this was nice to see. Anyway, below a photo that I was lucky enough to catch during lunch. Despite her best efforts, the grandmother just couldn’t get the granddaughter to eat. Click for an enlargement. 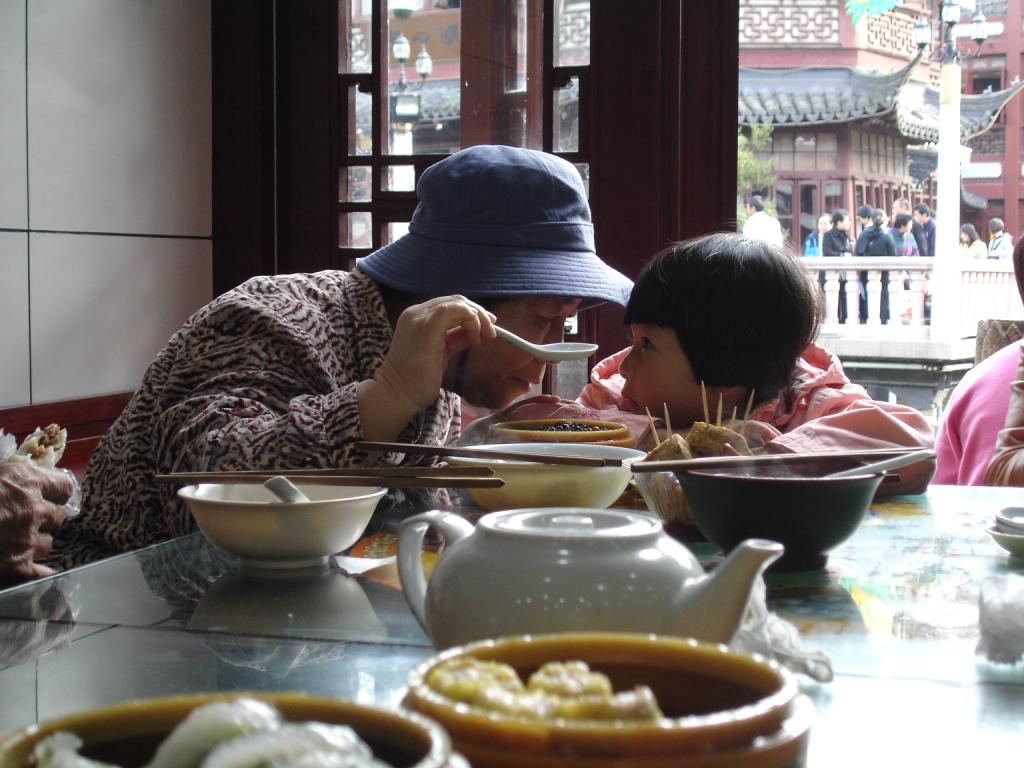 And a word of lunchtime warning: the streets surrounding the Yu Gardens are torn up for blocks. So if you’re in a hurry, consider lunching somewhere else. The traffic is borderline impassable.