Earlier this week I blogged about the now-notorious mid-September auctions in Chinese antiques that took place at Christie’s in New York. As described by Souren Melikian in the New York Times, the event was a speculative frenzy, with even middling-to-poor antiques bid up many times their conservative estimates. In my post, I compared the Christie’s auction with a more down-at-the-heels art auction that I’d experienced several times at a Cantonese restaurant in Shanghai’s Putuo District. In both cases, I suggested, outright speculation and illicit bids from dealers and other interested parties might have accounted for the unexpected price runs. The subsequent comment section discussion is worth a read if you’re interested in the subject (and/or like to see me taken to task for engaging in my own sorts of speculation). 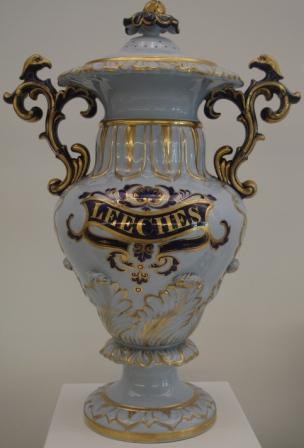 A few days later I received an email in regard to the auctions from William Hanbury-Tenison, a fine art agent with a significant background in Asian art (and someone with whom I am friendly). In it he takes exception with the suggestion that the auctions represent any kind of broader trend, pointing out that – even though prices reached unexpected levels – the $24 million worth of antiques sold at the auctions represents “a tiny fraction of the annual turnover in Chinese art in China itself.” He goes on to present several reasons why, in his opinion, the price of Chinese antiques has been on the upswing. With his permission, below, I excerpt his provocative and convincing take on the matter:

Why then have prices for Chinese antiques, particularly at auction, remained bouyant if not apparently speculative?

Reason one is an underlying cause: rarity.   For the last several years Christie’s and Sotheby’s have found it increasingly difficult to come up with antiques of the quality and rarity to attract serious collectors.  All auction houses have allowed damaged material as well as material of questionable authenticity to pass through their rooms.

Reason two is fear of inflation:  for Chinese holders of US$ assets (either because they have invested like the Chinese government in US securities for years or because they export to the US and use transfer pricing to retain profits in the US) the fear of devaluation of the US$ against the RMB is a very serious threat.  Over the last two years the rate has gone from RMB8.6 to the dollar to RMB6.8 and most analysts think that the RMB is still undervalued.  Naturally Chinese businessmen wish to transfer their dollars into portable renminbi-denominated assets such as art and antiques.

Reason three is more immediate and is the manipulation of public markets.   China’s markets are prey to insider dealing and the notion of manipulation of publicly-quoted prices to defraud small investors is well established.  A Christie’s auction in New York with a sales total of just $24 million represents a tiny fraction of the annual turnover in Chinese art and antiques in the mainland, but is a highly public forum (as represented by the reports in the Economist and IHT).  It is a simple calculation on the part of major dealers to bid up the prices of items in New York.  In fact when I was in New York in March this year I saw Chinese dealers bidding at random for items in the catalogue in order to push up published prices.  By doing this they revalue not only their stock of genuine antiques, but, more importantly, their stock of fakes.