I’ve been traveling for the last week, and only now catching up on China’s possible decision to place an embargo on rare earth elements to Japan (or not – according to the WSJ). I’m not in the habit of commenting on headlines, but in this case, I’d like to make a point that I haven’t seen brought up elsewhere. It is this: Japan’s economic and manufacturing mavens saw this coming years ago. Below, two images that I took at the Toyota Metal Facility outside of Nagoya in June 2009. For those who don’t know it – and that’d be most of humanity – Toyota Metal is the industrial behemoth’s in-house recycling, and recycling research, facility. First, a pile of crushed cars – those are hybrids in the foreground. 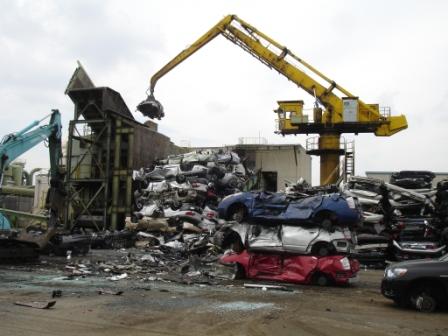 And next, the hybrid batteries extracted from those test vehicles (and others), awaiting recycling. 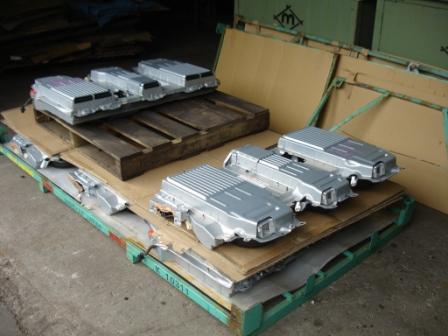 Now, Toyota wouldn’t tell me how, precisely, they’re extracting rare earths from these batteries. But they were quite upfront about the fact that rare earth recycling was a top priority for the company, and had been for a long, long time. They were also quite upfront that  – rather than doing it for environmental reasons – they were funding it due to supply concerns, ie China. I might add that – last December – I had similar conversations with individuals connected to the Korean steel industry. [in both cases, the reporting was done in the course of my work for Recycling International].

So what to make of this possible non-event? Well, Toyota, at least (and other members of Japan, Inc) saw it coming long ago, and have been upgrading technology to deal with the development. Obviously, this speaks to the deep suspicions that continue to exist between the respective industrial bureaucracies of Asia’s two biggest economies. In any case, it’d be nice if the general media covering this mess would stop to note that – in its quest for alternative supplies of rare earths – Japan and other importers have possible recourse to sources other than mines. Or, at least, they’re working on it.