Late this afternoon, while recovering from food poisoning acquired on a China Eastern flight, it hit me: Shanghai Scrap turned four-years-old just a few days ago. And then something else hit me: activity on this blog has ground to a near standstill over the last two months as I’ve dealt with a family illness in the US, travel, and a new set of work commitments. In addition to writing a book that will be my nearly full-time job over the next year, I’ve also agreed to write a weekly column, about which I’ll have much more to say when the first one appears (probably over the weekend). This last development – the column – is particularly exciting to me, in part because I’ve finally found an outlet that welcomes me to write with the informal voice that I use here, at Shanghai Scrap, and not the more formal one that I use in most other publications.

Of course, Shanghai Scrap isn’t just a place for me to use an informal voice; it’s also a place for me to place reporting, ideas, and interviews that I can’t publish elsewhere. And I’ve done a whole lot of that: this post, believe it or not, is #781 in the storied history of the ‘Scrap – not bad for a one writer blog. However, as long-time readers have no doubt noticed, I’m doing less and less posting these days. In part, it’s because I’m really busy right now; in part, it’s because I can’t really post some of the things I’m reporting at the moment; and in part, it’s because, well, I only have so many words in me every day, and I’m trying to be more sparing with those words – and my time – so that I can devote them to my book and forthcoming column. For the hell of it, a photo of something that I can’t post about, but will be writing about: 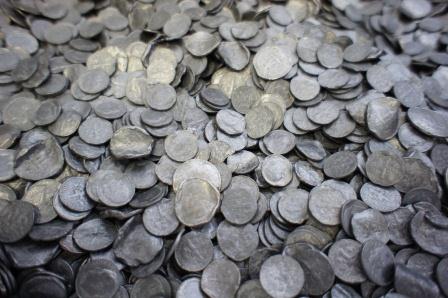 Anyway, as much as I love blogging, and the readership that I’ve developed over the last four years, I find myself inclined to devote myself to different kinds of writing these days. In an ideal world, I’d figure out the magic formula that allows certain Atlantic bloggers to produce superb long-form projects while, at the same time, they keep up readable blogs. Alas, I am still in search of that formula, and until I find it, I’m not sure that I’m going to be returning to the three, four, or even five posts per week rate that characterized this blog right up to the end of 2010.

That’s not to say I’m going away. Rather, I’m going to start being a bit more selective with my time and words, offering – at most – one post per week. That seems like a reasonable rate – though, admittedly, it’s not very blog-like. Then again, this blog was never very blog-like: no space-holding posts of favorite youtube videos here, sir, no large blocks of somebody else’s text masquerading as content. No, at Shanghai Scrap, we report original material and you, well, you read. So let’s see how this new posting rate will work out. For the moment, it looks promising: after the weekend I’ll be sharing an interview about which I’m very excited, and then … I’ll keep my eyes open and hope that you, my beloved readers, will continue to keep me in your twitter and RSS feeds.

And, with that out of the way, and following four years of Shanghai Scrap tradition, I give you the top five Shanghai Scrap posts of the last 12 months.

See you next week.