During the run-up to the November 12 release of my first book, Junkyard Planet: Travels in the Billion Dollar Trash Trade, every weekday I’m posting a new photo taken during my decade of reporting on the global waste, recycling, refurbishment, and repair trade. Today’s image displays what happens to all of the scrap shown in the images from the scenes from earlier in the week. Click to enlarge: 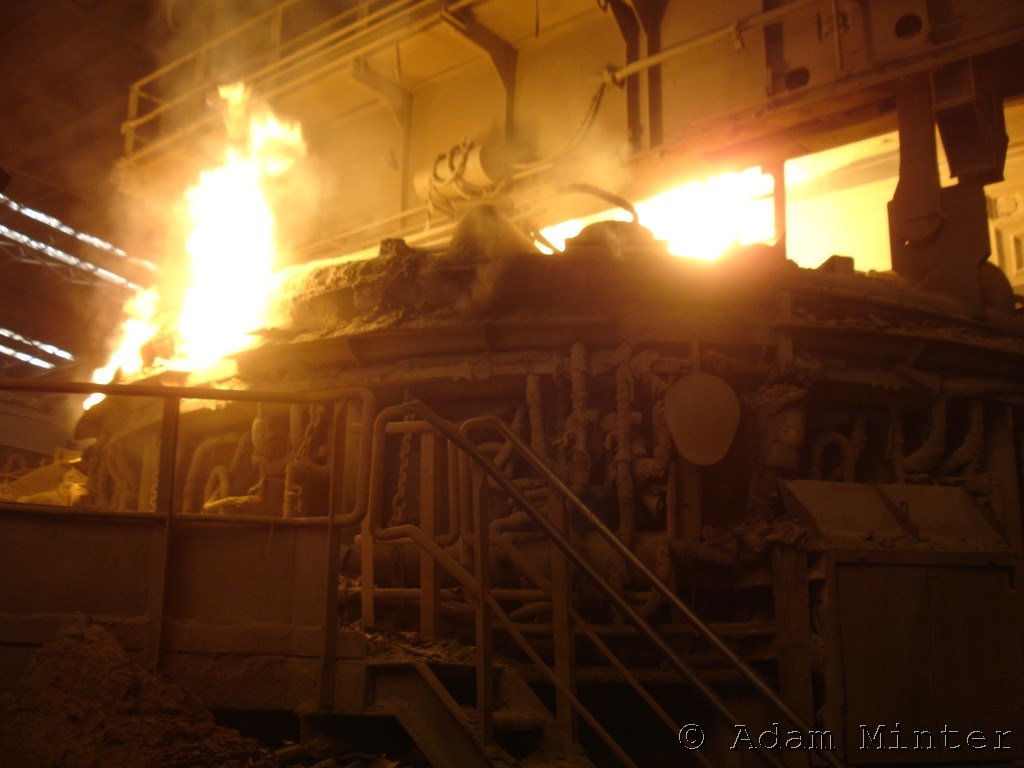 A June 2008 photo taken much too close to the largest furnace in Thailand (330 tons) devoted to the melting of scrap metal into new steel. When it runs, you can feel its thunderous moan from outside the building that contains it. At the time this photo was taken, most of the scrap it melted was imported from abroad, due to a shortage of recyclable metal in Thailand. And that’s a good thing: during peak months it manufactures as much as 100,000 metric tons of new metal, most of which is sold to make new things for Thailand’s up-and-coming middle-class consumers.