During the run-up to the November 12 release of my first book, Junkyard Planet: Travels in the Billion Dollar Trash Trade, every weekday I’m posting a new photo taken during my decade of reporting on the global waste, recycling, refurbishment, and repair trade. Today’s image shows a sight familiar to anyone who has spent any time in China: a residential building demolition. 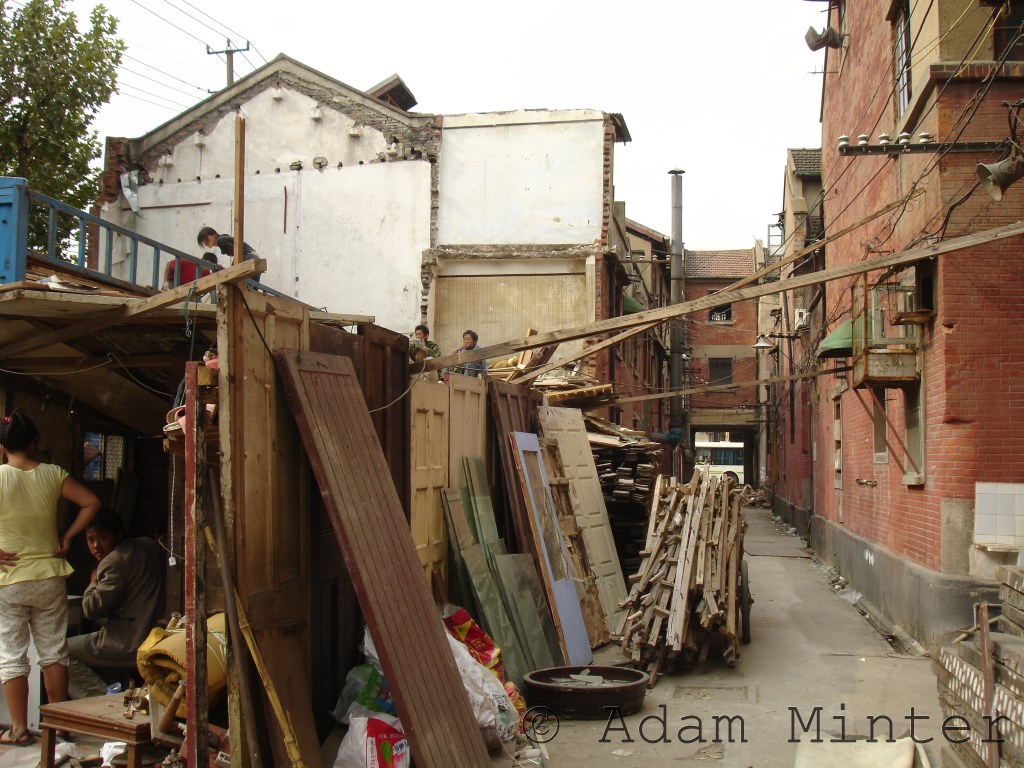 This 2009 image was taken inside of a residential compound in Shanghai’s Hongkou District as it was undergoing demolition. To the left, you’ll note several people working inside of what remains of a demolished tenement similar to the still-standing one on the right. They’re a for-hire demolition crew, employed by contractors to disassemble buildings down to every re-salable bit. Thus, in this photo, there are doors, beams, and plywood; not visible, but also very much for sale, are bricks, windows and – most valuable of all – floor boards that are often transported to new homes and businesses for immediate installation (Shanghai is home to contractors who specialize in installing them). It’s hard work that requires skill and knowledge of China’s thriving re-use and refurbishment sector. It’s also a damning contrast to the demolish-and-landfill approach to housing teardowns in much of the developed world (especially the United States). Take, for example, this brief photo essay showing the wholesale destruction of a Cape Cod style house in Edina, Minnesota without any regard for salvageable value. In Shanghai, little of that house would ever meet a landfill; in the United States, all of it will.

Tomorrow, we’ll take a look at where the wood from that Shanghai demolition goes if it can’t be immediately re-used.