During the run-up to the November 12 release of my first book, Junkyard Planet: Travels in the Billion Dollar Trash Trade, every weekday I’m posting a new photo taken during my decade of reporting on the global waste, recycling, refurbishment, and repair trade. Today’s image shows a Chinese refinery devoted to the extraction of copper from so-called e-waste. 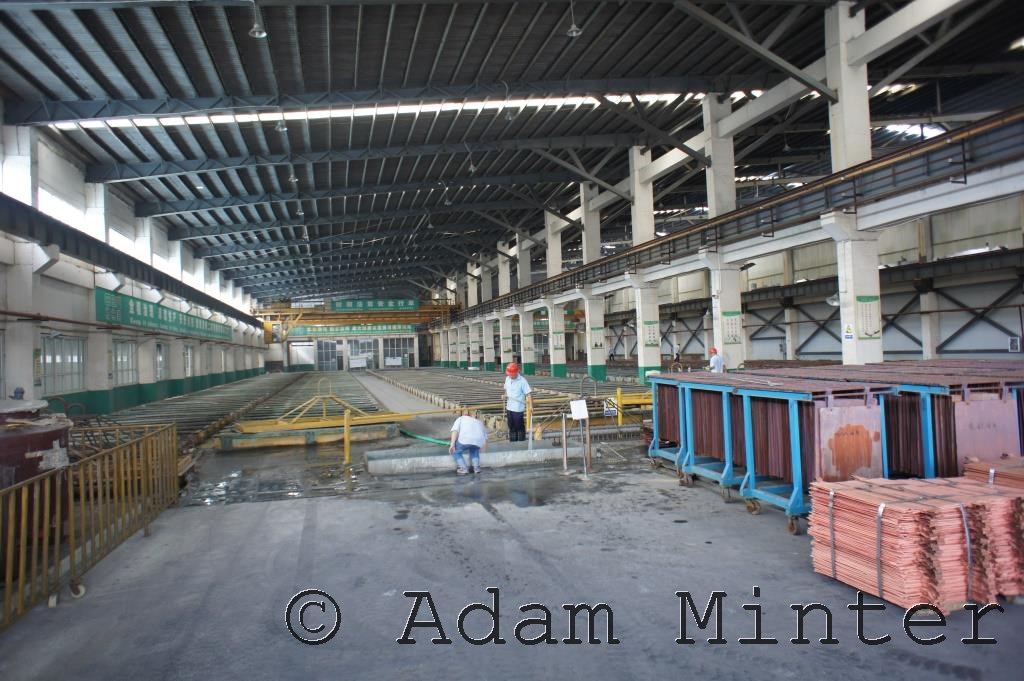 This late August 2013 image was taken in China’s Hubei Province, at an electronic scrap recycling company partly funded and subsidized by the Chinese government. This particular room houses a large copper refinery: a factory that uses chemical processes to extract copper from materials, like circuit boards, that might otherwise be burnt in the open to free the metal. Only half-a-decade ago, China lacked modern copper refineries like this one, and generally relied upon the low-tech means of metal extraction used in India and other developing nations (as shown in yesterday’s Scene from Junkyard Planet). China has begun moving away from the low-tech means for three reasons: a) it’s slow and inefficient; b) it doesn’t extract as much metal, and thus doesn’t make as much money; and c) it’s environmentally destructive. I’m not about to rank these three reasons in order, but after a decade around the Chinese scrap industry, I’m comfortable stating that profitability – not green consciousness – drives rapid change in it. Whatever the reason, though, it’s making decided and measurable improvements.