During the run-up to the November 12 release of my first book, Junkyard Planet: Travels in the Billion Dollar Trash Trade, every weekday I’m posting a new photo taken during my decade of reporting on the global waste, recycling, refurbishment, and repair trade. Today’s Scene shows a Chinese factory where metal shredders that eat cars are manufactured. 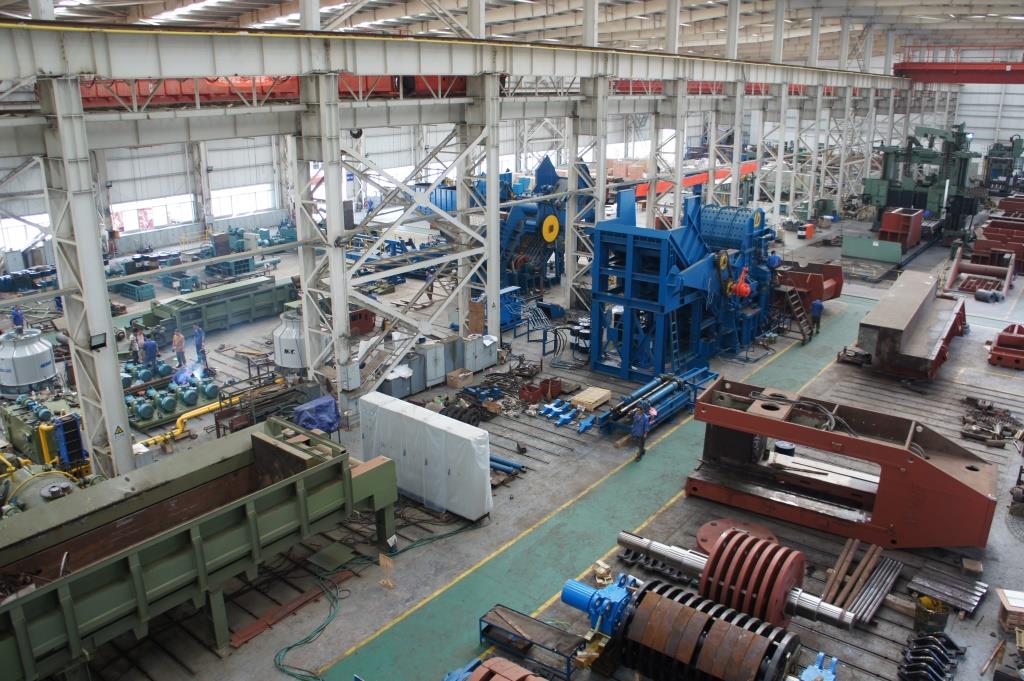 This June 2013 photo was taken at one of the world’s busiest factories devoted to making equipment for the scrap metal industry, located in Hubei province, China. The two large blue machines in the background are multi-million dollar metal shredders; the round devices in the foreground are metal shredder parts. To see a metal shredder in action, see this weeks’ four earlier Scenes from a Junkyard Planet. To see one being built, increasingly one must go to China. That’s a big change: the shredder was invented in Texas in the 1950s and 1960s because the cost of recycling a car by hand was simply too expensive and inefficient for American laborers. That wasn’t a problem faced by China and other developing countries until quite recently. Now, with a growing middle class, rising labor rates, and huge supplies of automobiles, China, too, is starting to shred automobiles into fist-sized chunks. And so, a mid-century Texas invention is now an expensive device that the Chinese build for themselves. American influence, in a sense, persists right to the recycling bin..