During the run-up to the November 12 release of my first book, Junkyard Planet: Travels in the Billion Dollar Trash Trade, every weekday I’m posting a new photo taken during my decade of reporting on the global waste, recycling, refurbishment, and repair trade. Today’s Scene shows boxes of car steering wheels and electrical harnesses hand-plucked from Chinese automobiles. 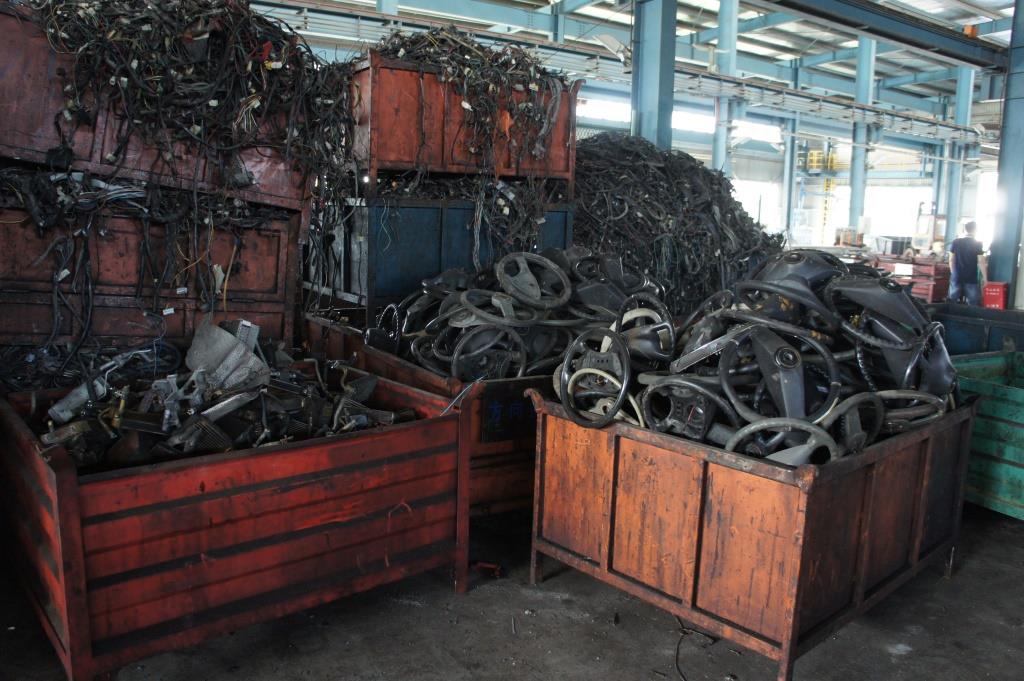 This July 2013 image was taken at a Shanghai-area automobile recycling facility where every last salvageable part – even steering wheels – are recovered from unwanted cars and segregated for re-use or recycling. The most recognizable parts in this image are, obviously, the steering wheels. In the United States and other countries where salaries run high, no automobile recycling plant would bother ripping out the wheels. But in China, where labor is cheap and – equally important – there’s a strong and thriving market for used automobile parts, pulling steering wheels makes sense. At least some of these will find their way into used cars (though, to be honest, I can’t quite fathom why someone would need to replace a steering wheel). Those that don’t will be further broken down into metal and plastic parts for recycling. It’s an efficient and green means of re-using and recycling old cars – and as China’s price of labor goes up, it’s likely to disappear into one of the shredders pictured in last weeks’ Scenes from a Junkyard Planet.