Lately I’ve been seeing advertisements promoting Expo 2010 (World’s Fair) as an opportunity “to see the world without leaving Shanghai.” To my mind, this is good marketing: after all, not everyone has the chance to travel abroad, and you might as well enjoy second-best if, for whatever reason, you’re not able to get yourself on a connecting flight. Which is a round-about way of explaining why, this morning, I walked through the Expo 2010 gates (it was Day 2 of the Soft Opening) and went directly to the North Korean pavilion. Why? Reasonably speaking, I don’t know that I’ll ever get up there; but certainly, the likelihood is nil to zero over the next couple of years. So why not take advantage of Expo 2010 and experience the next best thing: North Korea’s first-ever effort at branding itself to a World’s Fair audience.

Now, I don’t know much, but I do know (some of) my readers. So I’m going to keep the text short so that we can concentrate on the visuals in a place that describes itself, on the walls, as …

Ladies and gentlemen, the building itself: 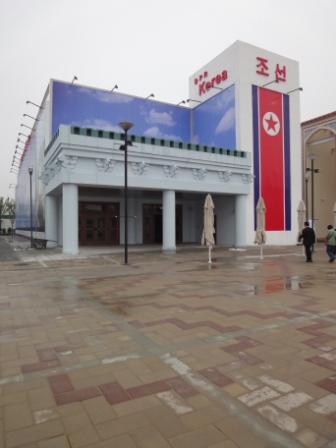 And after the jump, a look inside …

First things first. It’s dark in there. Really dark. Which is why the photos are slightly over-exposed. I was doing the best that I could with a point-and-click. In any case, I do think the rainbow is a nice touch. 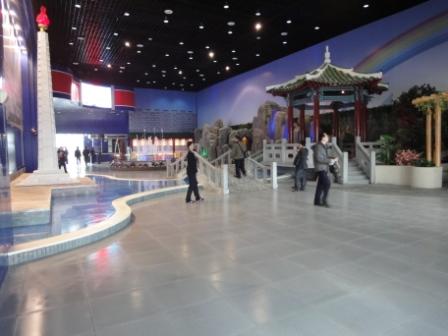 And facing the opposite direction … 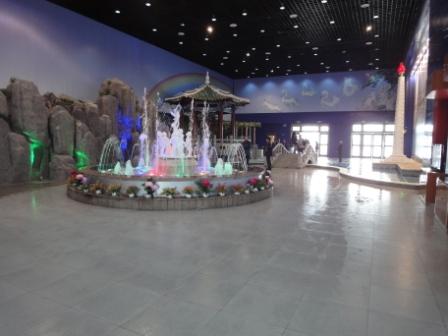 In the above photo, note the figures painted on the far wall over the (over-exposed) doorway. Naturally, they are flying Korean girls … as shown in the close-up below (reminiscent, as a friend points out, of the death angels that emerge from the Ark of the Covenant in Raiders of the Lost Ark). 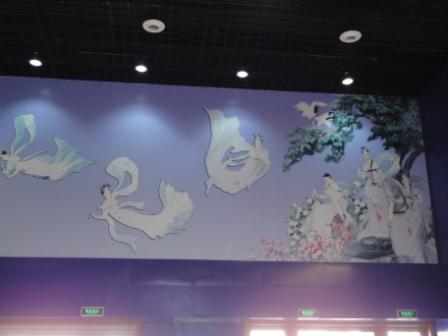 There’s actually not much to do or see in the North Korean pavilion. But a group of Chinese security personnel, who happened into the building while I was there, spent an inordinate amount of time photographing each other on the bridge over the fake moat that stands in front of some sort of memorial column. See below (perhaps a reader can offer some insight into that) [UPDATE: Thanks to several readers who wrote to tell me that the tower is – in the words of Richard, who left a comment below: “a miniature version of the Juche Tower on Pyongyang, the major monument to Juche Idea, the principle ideology of the DPRK.” 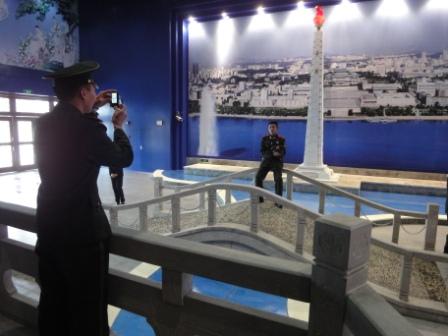 Like most Expo 2010 nations, the North Koreans rely heavily upon video presentation to accomplish the “nation branding” that at the heart of the Expo enterprise. But having visited several pavilions over the course of the day, I must say that the North Koreans have a uniquely militant approach to the exercise. That is to say, each of their video presentations appears to open with graphic Korean War footage, including news reels of burning  villages. See, for example, below. 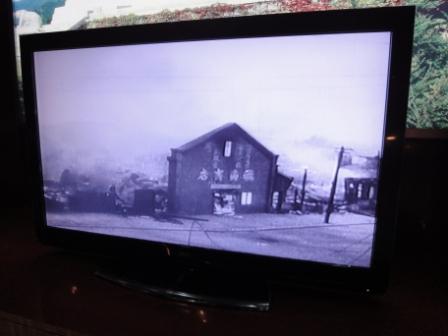 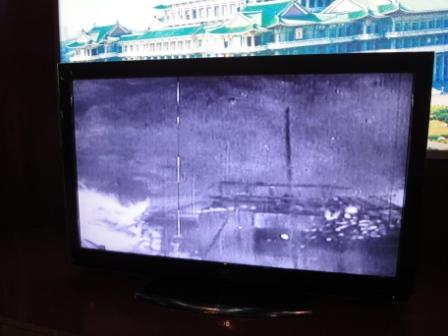 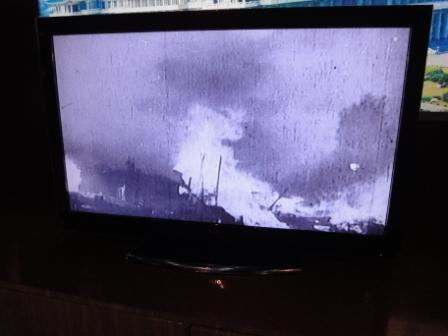 Barrel of laughs, let me tell you. Thankfully, it doesn’t last long and then we get videos of babies that look suspiciously like puppets: 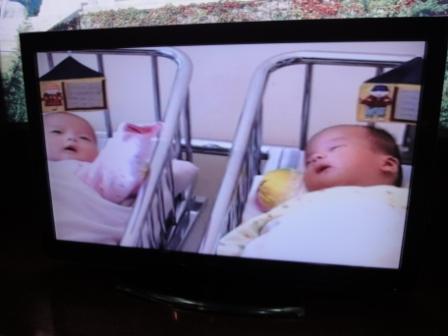 And nurses and mothers that look like characters out of Good Housekeeping, circa 1956: 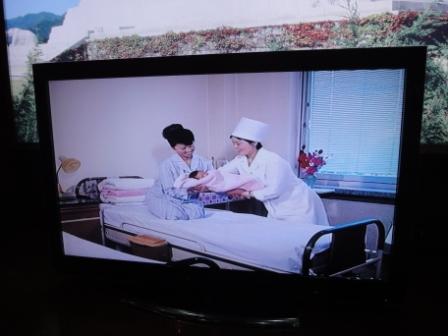 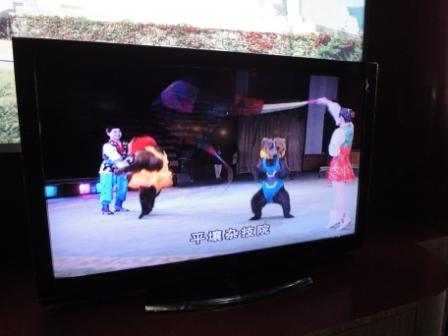 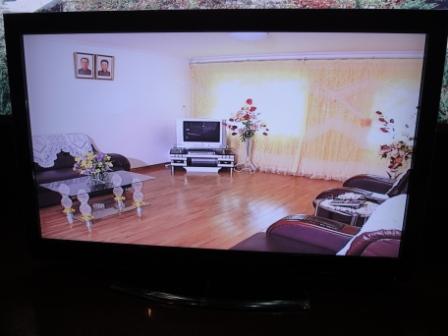 Followed by a North Korean bathtub. 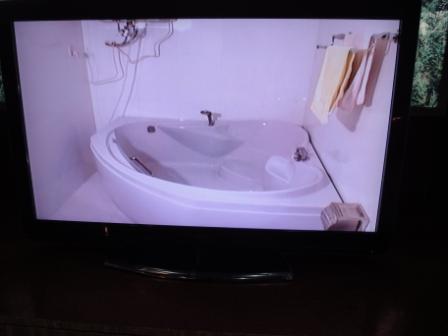 So on and so forth. You get the idea. Not to be missed.