During the run-up to the November 12 release of my first book, Junkyard Planet: Travels in the Billion Dollar Trash Trade, every weekday I’m posting a new photo taken during my decade of reporting on the global waste, recycling, refurbishment, and repair trade. Today’s image shows a worker in Hong Kong disassembling old televisions tossed out for recycling. Click for an enlargement. 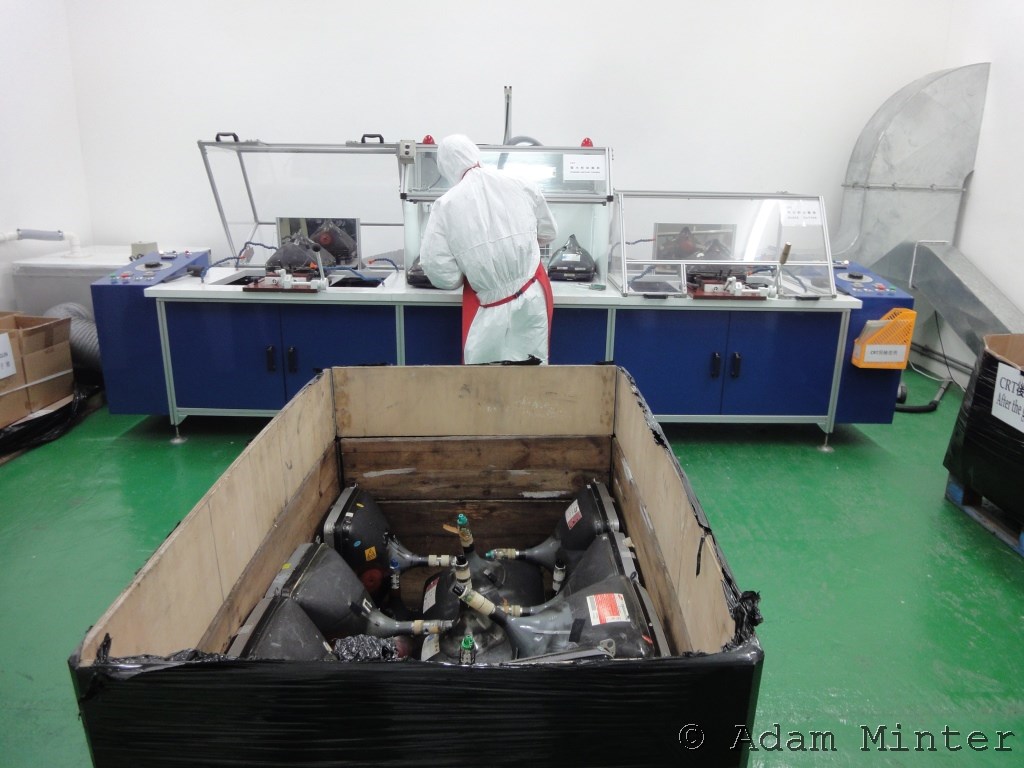 Taken in 2010, this image shows one of the most intractable – if not bulkiest – devices to recycle in the world today: television tubes. Proper handling means separating the leaded screen from the unleaded tube, and then vacuuming out a phosphorescent dust before somebody enhales it. And that’s the easy part. The hard part – and it’s mostly unsolved – is what to do with the leaded glass. Only a few years ago, it was possible to sell that glass to companies that re-melted it into new panel glass for new television tubes. But with the development of the flat screen monitor, demand for traditional televisions has dropped off, and there simply aren’t any markets big enough to replace that demand – profitably. As a result, the glass is often abandoned. Still, there is hope. Several companies and countries are making considerable investments in figuring out new ways to handle this waste. In the meantime, companies like this one do their best to handle the televisions properly, and store or dispose of the leaded glass safely.