It’s been a busy two weeks on the Junkyard Planet tour. Before Thanksgiving, I had a series of appearances in the Midwest. Along the way, I stopped in to say hello to Dr Evermor, the maker of the Forevertron, the world’s largest (and best!) scrap metal sculpture (something I wrote about – at length – in 2005). I’ll have more to say about that visit with Dr. Evermor in weeks to come. In the meantime – and for those who don’t know it – a photo of the Forevertron, below. 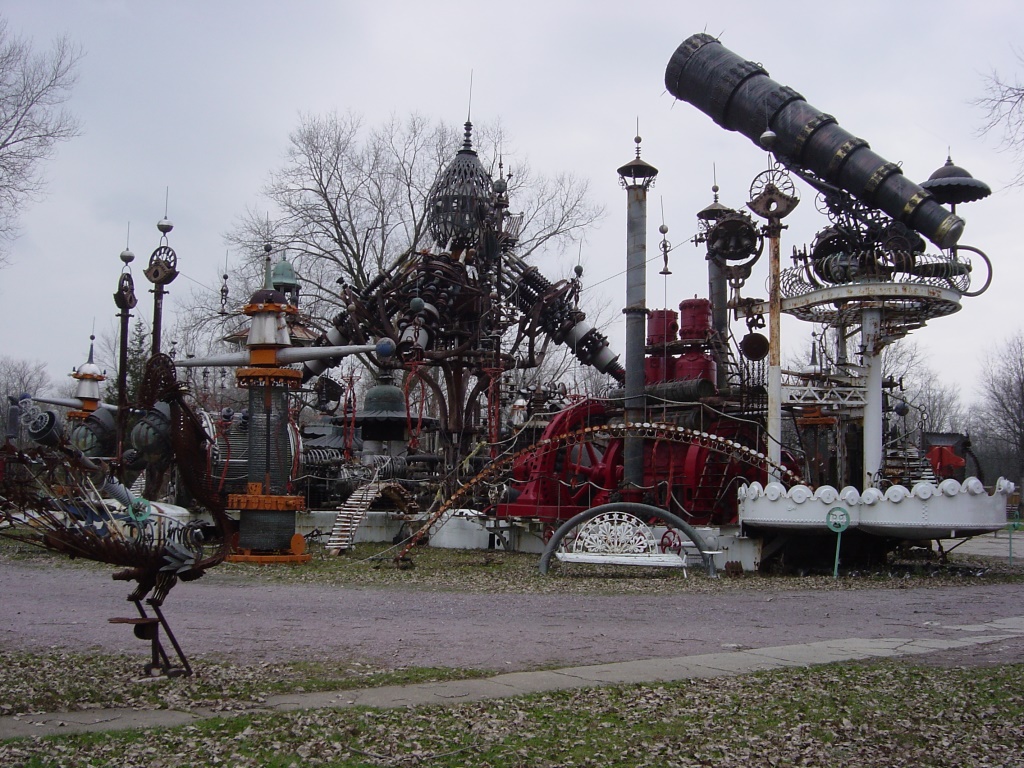 As I blog this, I’m en route to Los Angeles for four appearances in Southern California over the course of the next week, three of which are listed here (I’ll post info on the fourth in the next day).

Finally, Junkyard Planet press keeps rolling in. Some of the most recent highlights:

Finally, I’ve set up a Goodreads drawing to win one of the three signed hardcover copies of Junkyard Planet (US only, for now; international readers will get their shot in January!). Enter here to win one.

Lots more to come. Thanks as always to the many friends of Shanghai Scrap who’ve kept this blog going over the years.